Why we're all screwed and what we can do about it 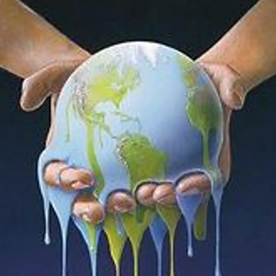 We need a new Operating System:

Here's why: We are living with a plague of crises – a calamity of crises, if you will – unprecedented in human history. Not least because they’re man made. They seem to be distinct and coming at us from different quarters and directions – and like wildfires no sooner do we get one under control that we are hit by one or two more.

When treating the symptoms isn’t working it’s time to examine them, stand back and look at them and the available evidence for a deeper cause. That’s hard to do when the view is blocked by a screed of common assumptions, that need to be challenged, and common wisdom based upon them.


Listen To The Latest Episode
Listen now to the #CovidSpring series as a podcast on Apple Podcasts / iTunes, Google Podcasts, Spotify and more - or watch the video interviews on YouTube.

Inequality across the world continues to increase

When ‘Anonymous’ Occupied Wall Street and demonstrated at Canary Wharf they were asked for their answers – what they were for, rather than what they’re against – a diagnosis and prescription – they had no answer. They knew they were, again, against what was happening and it continues to happen to us all, but without a prescription (let alone a diagnosis) it was inevitable that the protest would eventually fizzle out without getting to the root of the problem.

So, for the first time since the first industrial revolution, inequality across the world continues to increase – in a process that continues to accelerate, bringing increasing levels of poverty even in the world’s richest nations.

Extinction Rebellion have fought, and are fighting, perhaps the most successful campaign of protest ever seen – an existential battle to end an existential crisis. But it’s far from clear how the battle to avoid extinction – or massive climate change that wrecks the planet and kills more people than any pandemic ever has (according to Bill Gates) – can be won in time. Certainly not by incrementally chipping away at it. Running against the tide. Meanwhile as a global debt mountain threatens to engulf entire nations, and us all, the global pandemic has stricken not just many nations health across the globe but economies too, exacerbating, and bringing to a new level, the mental health crisis created by insecurity and financial stress.

Stress and insecurity we are seeing poison politics and threatening the major democracies which we had grown to take for granted. Little wonder when the next generation cannot afford to buy a home and high and rising rents make saving all but impossible, claiming most – often all - available income beyond the basics.

Could all this really have the same route cause?

If so, how come it is not on the front of every newspaper? Being discussed in chancelleries across the globe? Forming the basis for government policies and international action?

Could the cause really be hidden in plain sight? So familiar and accepted that we’ve long forgotten it’s there. The premise behind the premises of the questions that politicians routinely dismiss when questioned? Something toxic we swallowed long ago but have long forgotten?

Humane Economics will not only answer these questions, challenging those assumptions and exhibiting the evidence, much of which is indeed hidden in plain sight. It will be a book – it is, for now, and will continue to be a Linear Conference, Conversation and Debate Accelerator.

How did our world economy become so toxic – both our planet and its people? And... What can we do about it?

We’ll explain why and how our planet’s Operating System became corrupted by an idea that was able to take hold of and dominate our very operative values and philosophy, while shielding itself from view or scrutiny behind a subtle untruth.


This will enable us to answer questions including: 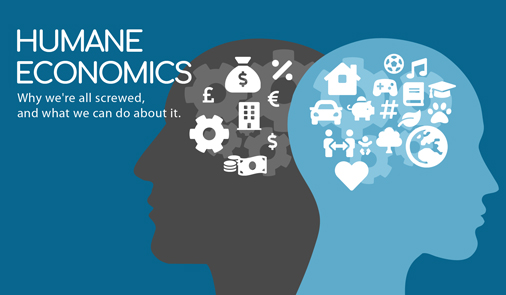 Join our network to be part of our community and get all the latest information. 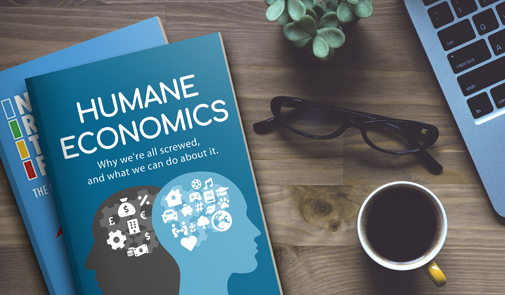 The book is coming soon...

HumaneEconmics was founded by Barry E James who is now, together with others, creating the complete guide to HumaneEconomics which can be pre-purchased here.

Barry has a long history in technology and finance and has seen the industries evolve over the last few decades having been at the forefront.

Innovator and instigator of the regulatory 'Innovation Unit' - so also the 'Sandbox', first at the UK's FCA & now across the world - is a visionary author and sought after advisor on, Blockchain, ICOs, Fintech, Funding & Finance with a diverse background including Technology, Psychology and Entrepreneurship. He has been consulted by and advised numerous ICO and crowdfunds as well as the FT, The Times, Reuters and the BBC and writes regularly for Real Business, Crowdfund Insider, Business Zone and The Bankless Times. He is author of New Routes to Funding, the handbook of modern funding.

A pioneer advancing the forefront internationally with new data and insights & providing leadership in #ICO #Fintech #Blockchain #RegTech & #Crowdfunding. Including successfully arguing for a new approach to financial innovation by UK government & regulator and the creation of the first regulatory innovation unit "Project Innovate" in the UK's FCA. Now emulated around the world.

Why is a lifelong technologist is talking about economics and the economy?

Economics is far too important to be left to economists...

This is because economics provides the operating system for our planet, all businesses, and so our lives it's the toolset used routinely by governments and decision makers everywhere to guide them.

But unbeknown to both of them and us economics as we know it has been hiding a corrupt set of values, which have given us the toxic economy that makes it inevitable that we have ever-rising inequality - and so poverty.

The economy has, as predicted' 'eaten itself' and is no longer sustainable.

Humane Economics is the diagnosis and antidote. The answer to the question: What should we do about it?

But why, you might ask, is this being written by a non-economist? By a technologist, in fact.

It's because after nearly 10 years of study, and running to ground the roots of the issues that increase harm to both us and the planet, it's clear that it's time for mere mortals, citizens, to have their say.

The truth is ‘rarely pure and never simple’, but economics is a complicated art which engulfs those who practice it, and having reached this point it's clear that those who are not too close to see what is hidden in plain sight need to act on what is becoming increasingly obvious.

Which is why I want to help us non-economists play a leading role in remaking the world, by reframing economics and the economy as we want to need it to be.

Returning to the most basic question: What is an economy for?

Because economics is by far too important, it turns out to be left to economists.

And as Buckminster Fuller has taught us, we need now, more than ever, to become architects of our future - rather than its victims.

To ensure we get the economy we want and need, not just the one we're given. 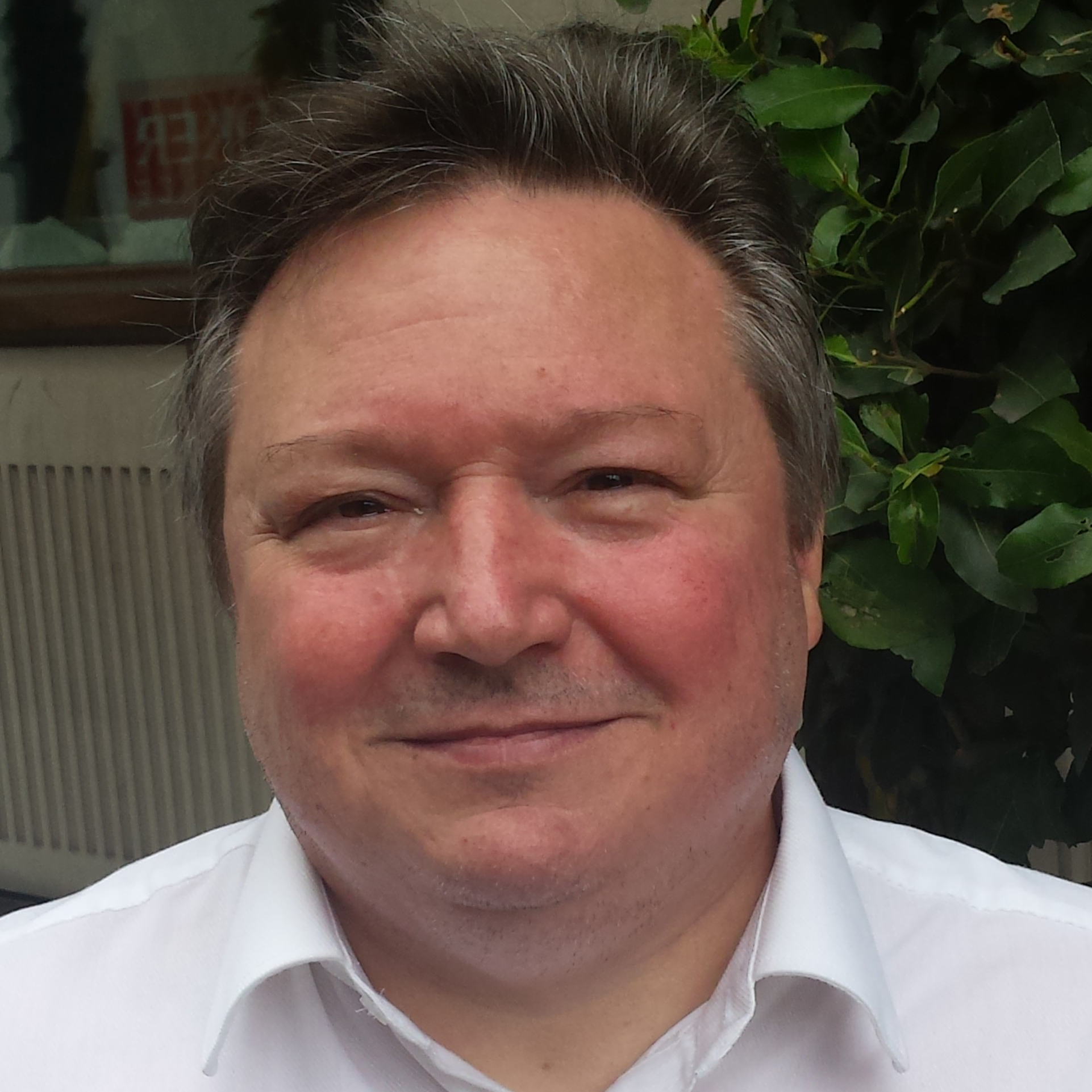